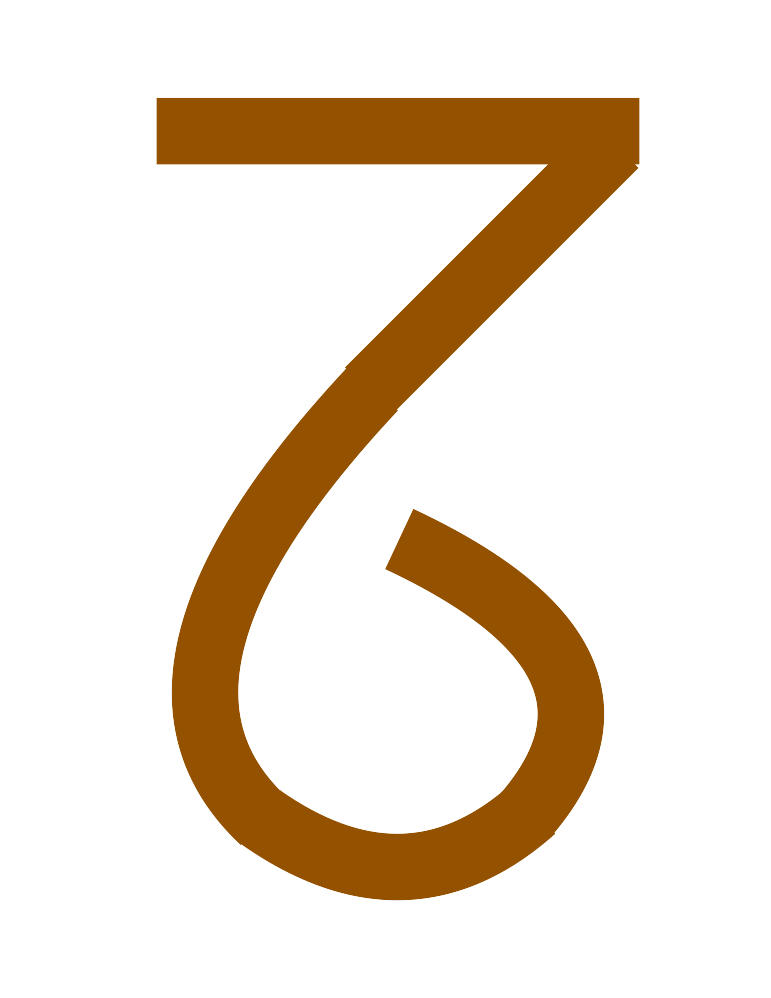 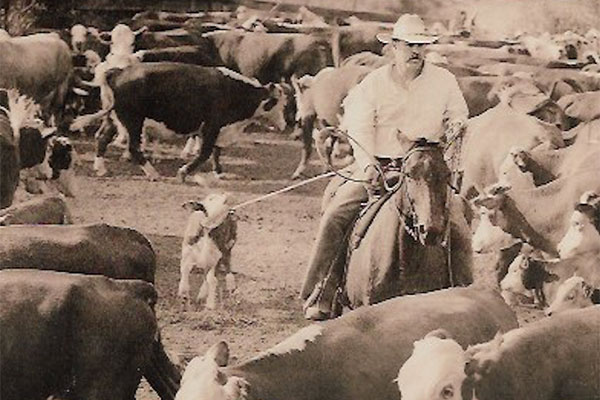 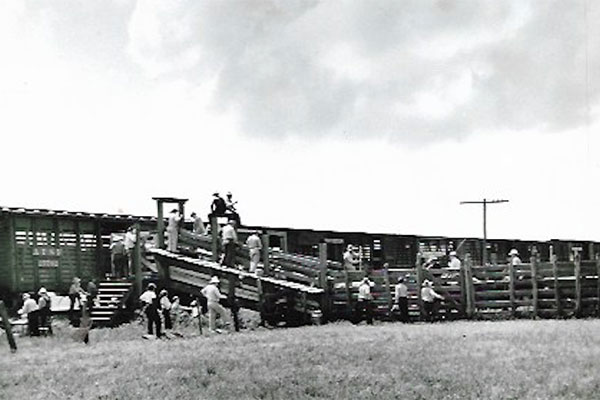 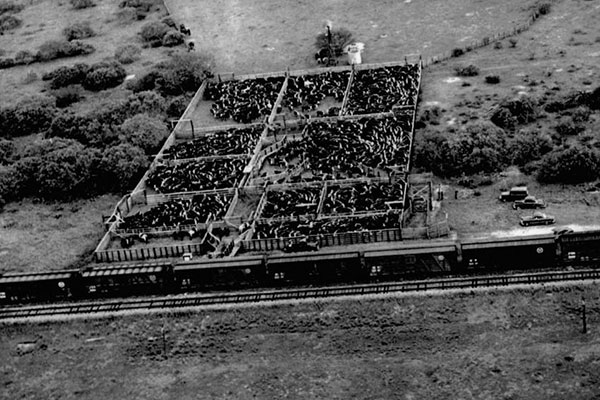 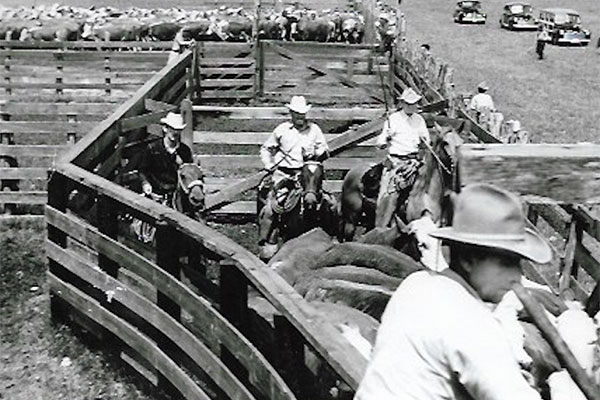 The history of the McFaddin Ranch dates to 1877, when the ranch was part of a holding owned by businessman and pioneer James A. McFaddin. Born to William and Rachael McFaddin, who had acquired their own ranch via Mexican land grant (1831) in Liberty County, the minerals of ranch life were soldered into his blood from a tender age. In 1858 at the age of 18, James established the foundational property of McFaddin Ranch on Melon Creek in Refugio County, Texas with 130 head of mostly horses and mules appropriated from one of his father’s ranches in Jefferson County. Duty called quickly after the first ranch had been established and McFaddin was requisitioned to serve alongside his fellow south Texans in the Civil War. He answered the call sternly, doing his part in aid, though returning to the ranch hastily as the war came to an end.

Now with an unconstrained timeline, McFaddin could dial in his focus on his true passions – developing a niche breed of cattle known as the Victoria Braford, land conservation, and being an overall cornerstone of the early South Texas community. In his efforts he, among other things, served as a one-man bank to his peers, founded the Texas Continental Meat Company alongside Thomas M. O’Connor, and perhaps most notably, co-founded the Texas & Southwestern Cattle Raisers Association alongside other influential figures of the community such as J.J. Welder and Harry Rathbone. The Association still stands to this day true to its roots, protecting cattlemen and women from the threats of theft and political bombardment. During this time James began amassing and developing the land in between the Guadalupe and San Antonio rivers. In the center of this land acquisition now sits what is presently known as the town of McFaddin, Texas. One of the most remarkable accomplishments of James’ land management prowess was the successful engineering of over 40 miles of levees between the Guadalupe and San Antonio rivers which reclaimed about 5,000 acres of what was previously unusable swampland. James died in June of 1916 leaving behind three children – Allen, Emily, and Margaret.

The ranch and town of McFaddin really came to fruition in 1903 when the Mexico-Brownsville-St. Louis railroad built a line through the ranch connecting it to the rest of the country. At this point the ranch headquarters moved from the north to the south end of the ranch, nearer the railroad, and a mercantile was constructed to accommodate the budding community of McFaddin. The mercantile offered all manner of goods – from groceries to farm and ranch supplies. Originally the town post office operated within its walls, though through time the store became so crowded that the postal service was forced to erect a 12’x18’ standalone structure devoted specifically to mail. In 1915, just arriving back at the ranch from a European vacation, Al McFaddin examined the new building and established that he had requested a post office be constructed, not an outhouse. This post office remained in continuous use until 1995 and, among other historical markers, still occupies the same ground near the railroad to this day.

Though some things have indeed changed. The spring round-ups still take place on the ranch as they have since the late 1800s, and will continue to do so. No longer though are the mules hitched to the chuck wagon nor the mess box loaded upon its axles, however the cowboys do still wisecrack around the table at lunch, the Victoria Braford cattle still graze the South Texas prairie and occasionally the horses do still buck, albeit most lightly and sparingly. Looking forward, our focus will maintain its bearing in seeing that the land, the livestock and the people which have melded together to become what is today the McFaddin Ranch are treated with utmost respect and regard for what they have contributed to ranching, the cattle industry and the history of South Texas. 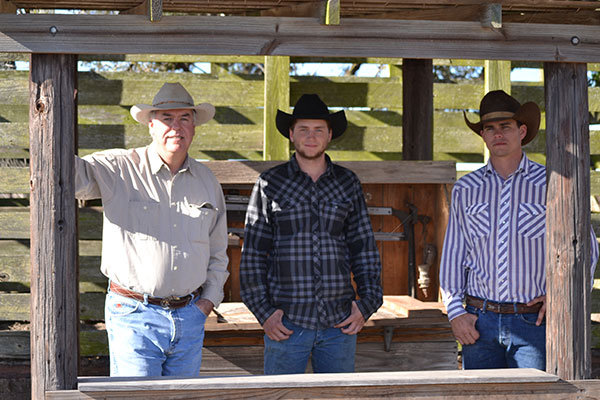 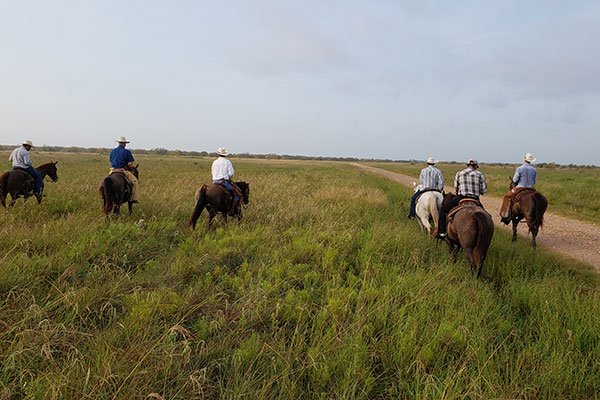 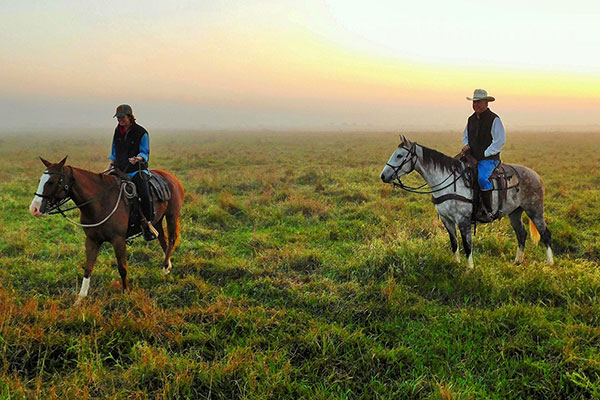 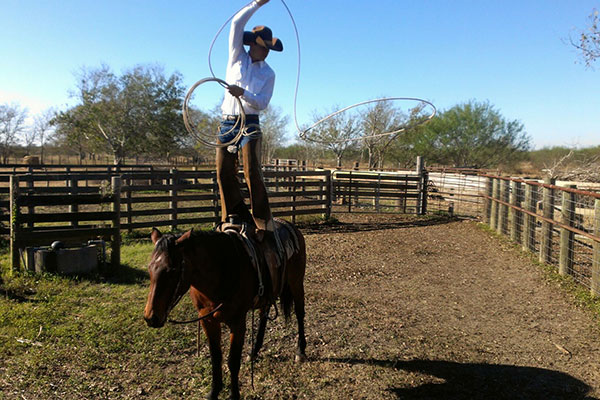